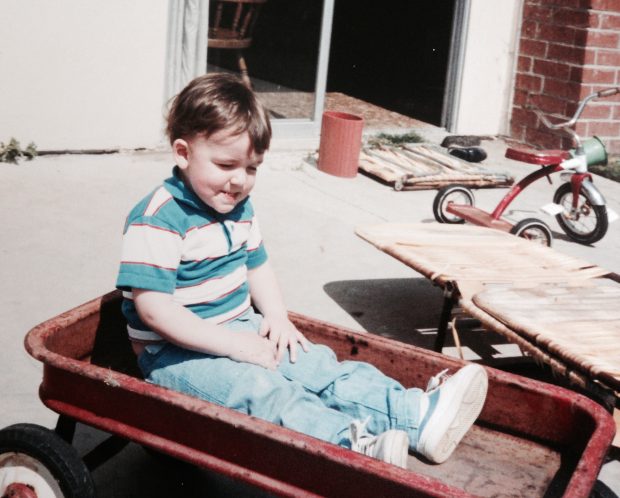 These days seem to be so flippin’ complicated and hectic at times don’t they? I used to think it’d get easier as I grow up as I make my own decisions, but actually life used to be so much simpler didn’t it?

I walked past a house with a really cool metal red wagon outside it which brought back some sweet memories.. It looked just like the one in the picture above. Yep, that’s me.. The little chubby squishy thing sitting in my cousin’s rusty old red wagon. When I was a little older, I had one for myself.

I loved that thing..

Yeh, typically I’d drag all by best stuff around with me, particularly to and from the Dens I’d make. But we lived on a large hill. And the best thing you could do was sit inside the wagon, pull back the handle, turning it into the coolest go-kart ever, and push myself down this crazy big rocky hill..

Didn’t it feel like we had all the time in the world back then? Now there doesn’t seem to be enough time..

I don’t know about you, but I’ve hit plenty of times where I’ve tripped and fallen out of the hamster wheel and thought ‘why am I doing this’?

But why should we be these serious robots, to work all the time, accept the crushing pressures, to just get on with it, stiff upper lip, life goes on, working harder and harder and seemingly getting no where?

Well, we all have responsibilities now.. there’s not much you can do about that can you??

Of course, there’s so much more stuff we have to do and be responsible for as we grow older. And that’s awesome..

But as a young kid, I didn’t compare myself with others. I didn’t continually put myself down because others were better or further along than me. I didn’t care I was obviously a chubby little tyke either! I just enjoyed life. Building stuff. Racing stuff. Playing with friends.

There’s something in that childlike simplicity that I don’t think should grow old. There’s a Joy in the risk taking freedom. Isn’t that our natural state with which we are born? Joy. I think it’s time to rediscover it.

Maybe complexity in life isn’t really that bad.. In fact, when looking at it with child-like enthusiasm, it’s kinda fascinating. Something to be discovered, chased down, figured out.

Maybe then even build something. Like we did out of lego, sand or a even a Den in the woods.

These thoughts and more are all threaded in the upcoming Album Young & Brave.

The first installment is out Sept 22 which you can Pre Order here if you like. 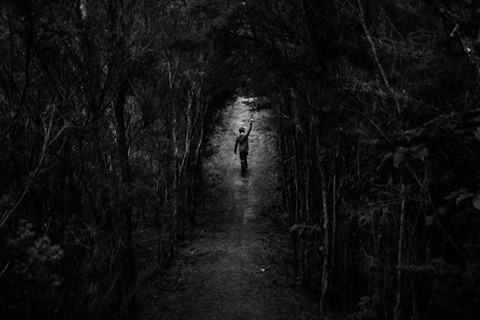