A few weeks ago we embarked on our 3 Peak Challenge for Hope and Homes for Children and we’re relieved to say we completed it with 4 minutes to spare!

We saw the sun set over Ben Nevis and rise again at Sca Fell and in between the sweat and exhaustion there we some really beautiful moments. But when we realised that it costs Hope and Homes for Children on average £1,200 to free a child from an orphanage and that our fundraising would literally change the lives of at least 2 children, it really ignited something within us. What we were doing was actually changing something for the better.

It’s that ‘why’ factor isn’t it. The ‘doing stuff’ is good at it’s best, and agonising at it’s worst, but when we connect it with the ‘why we do why we do’, it almost doesn’t matter how hard it is. It’s all good and well looking at a nice sunset and all. It does the soul good. But when there’s purpose and meaning beyond yourself, it’s special.

Together we surpassed our target of 3k which is just AWESOME! Thank you all so so so much..

Checkout the songs we sang from the peaks below.

Songs from the tops of Peaks

We sang a song from the start and top of Ben Nevis and Sca Fell pike and in the foothills of Snowdon! Hauling up those instruments, as light as they were, made it all the more difficult and awkward but it was great fun.

We had to sing the final song at the bottom of Snowdon as we needed to rush up and down the hill to make up lost time. The Sat Nav took through Hardnot Pass in the Lake District which is no go zone for Vans! It was scary and we lost an hour. So we sang Magnesium Burn from the foothills. When I find our recording from the Top of Sca Fell, I’ll add that too! 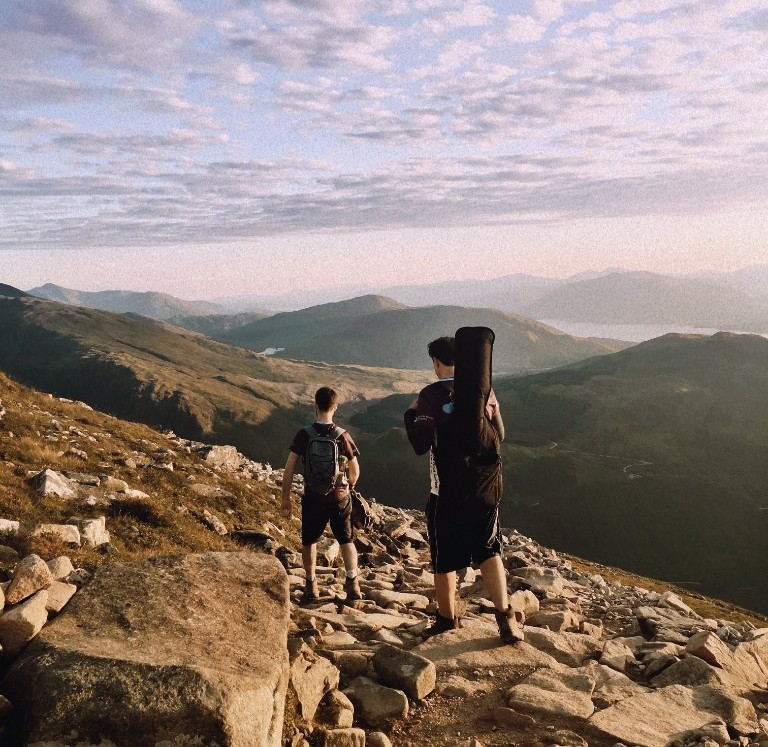